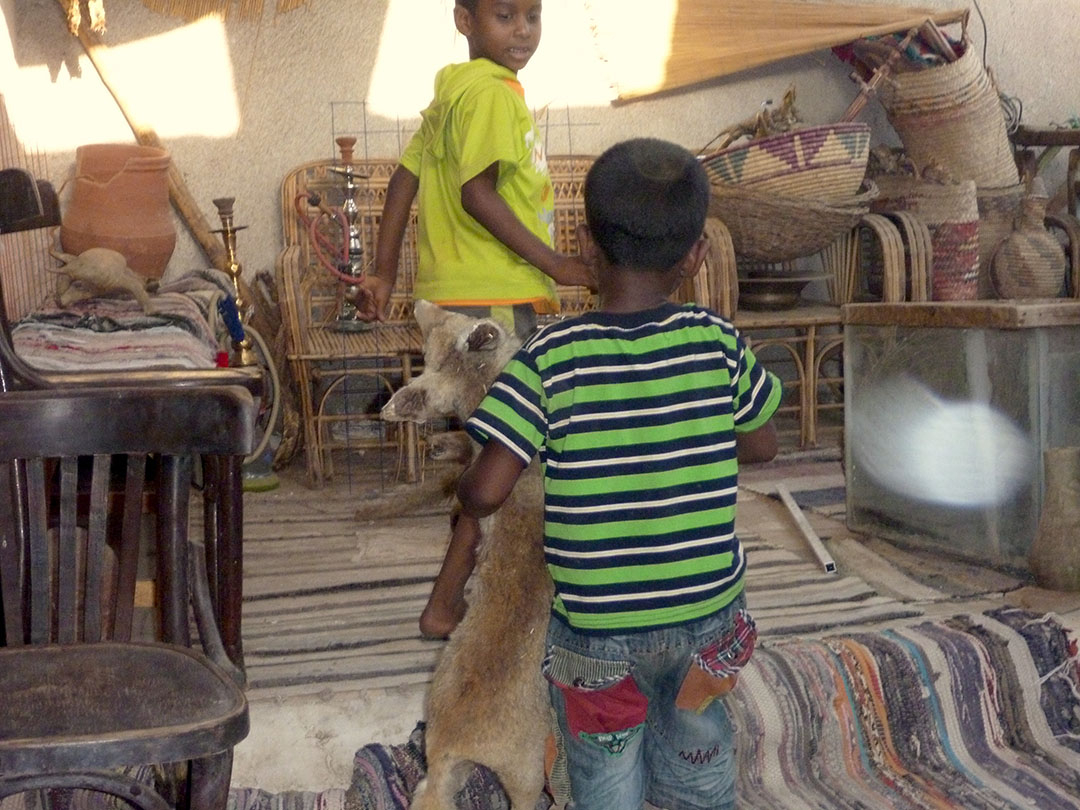 Ever wondered how people on the other side of the planet live? Sometimes it’s a real eye-opener.

Having travelled quite extensively, the whole culture shock thing isn’t as brutal as it used to be. In saying that, I think my style of travel has evolved over the years too. These days I prefer to go to places like Iceland, Switzerland, Norway and Alaska, so the culture shock-factor isn’t as high as somewhere like parts of Indonesia or Thailand, and in some cases, Japan. So, on my trip to Egypt, I didn’t really have expectations either way. Turns out, it just confused me…

The media is pretty good at depicting the “rich getting richer” and “poor getting poorer” concept around the world, and yes, that certainly does appear to be a prevalent theme in Egypt, however, this Nubian Village I visited had a really strange mix of these things. This is only my view, so take what you will from this and make your own mind up.

Our adventure started with catching a speed boat over to the Nubian Village, where a young boy hitched a ride across the River Nile; singing to us as his ‘payment’. It wasn’t a particularly long trip, but still a hell of a long way for a small child to paddle, especially when there are crocodiles in the water! But hey, that’s what he has to do to commute in Egypt! (I’ll stop complaining about my morning bus ride…)

Upon arrival, there weren’t many people about. I saw a few inquisitive children poke their heads around corners, to see who these random foreigners were, but other than that, it was just sandy, bland, and eerily quiet. As we snaked our way around the mud brick buildings, we made it to the house we were to be guests at. A lovely man greeted us at the door, and the 7 of us sat around a small rectangle table in the dining room as he made us a special Egyptian local tea. 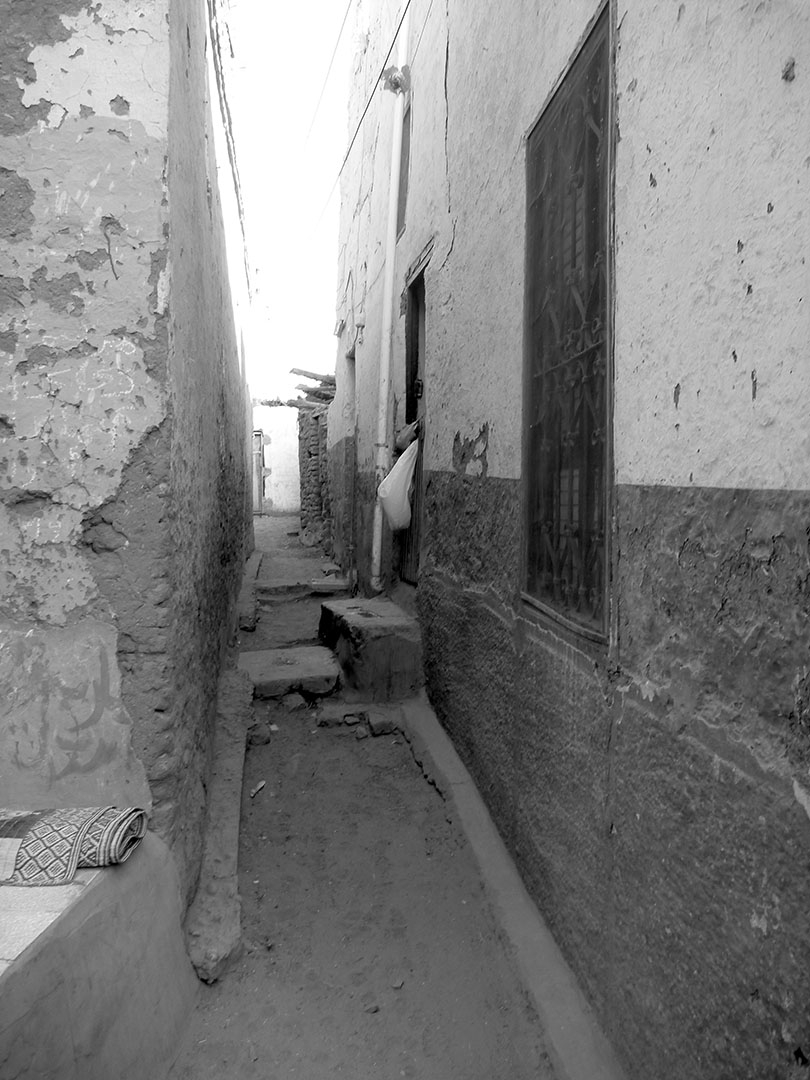 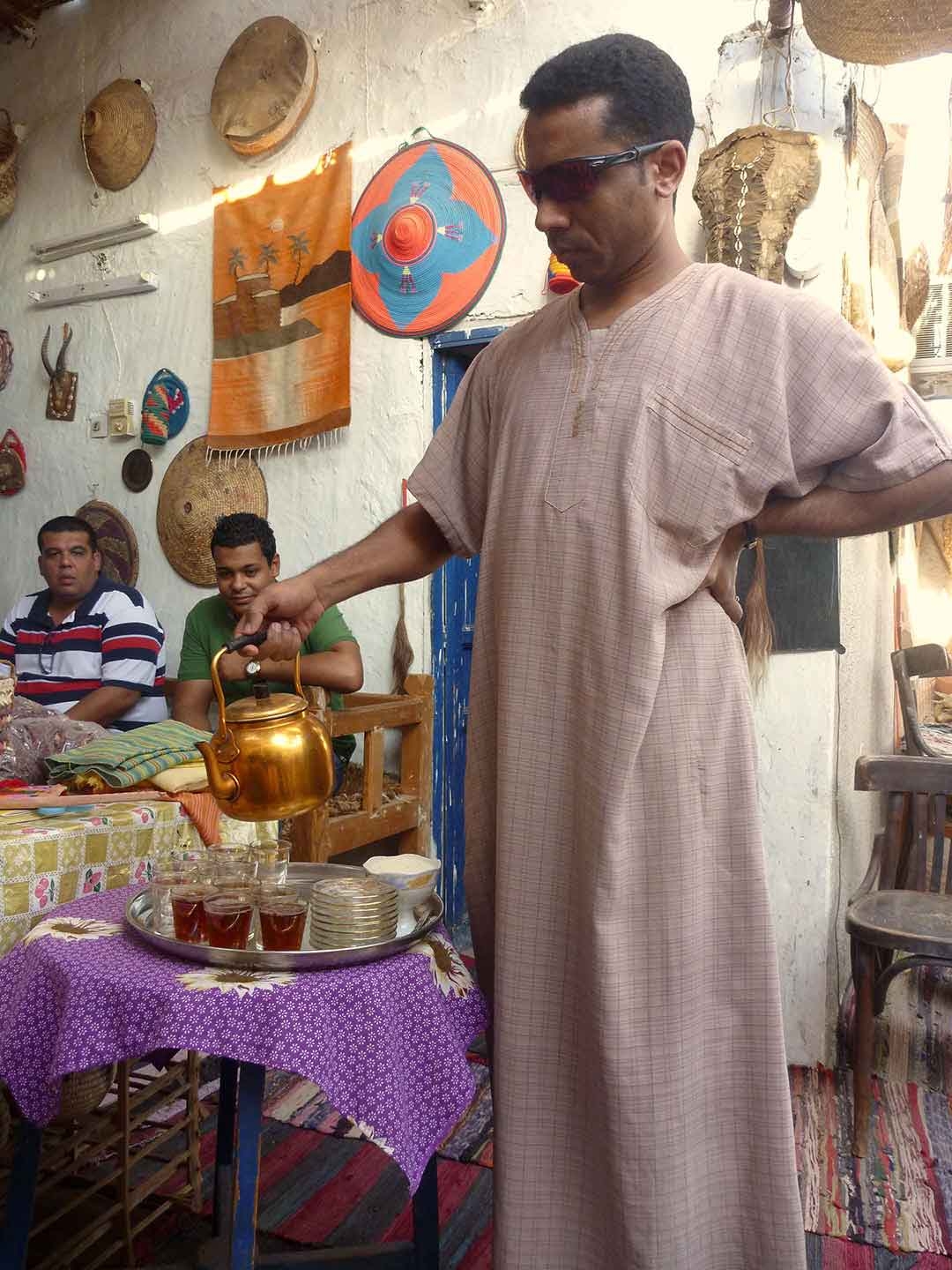 The Egyptian house was very small. It consisted of 1 bedroom, plus a kitchen/living/dining area that wrapped half way around the bedroom. The first odd thing that struck me was that there was no ceiling or roof. Upon questioning the locals, they explained that there is such little rain in the area, and the temperatures get so high, that they have no need for a roof; it’s a good way to let the heat escape. In place of the roof, some parts were covered with coloured cloth or straw. 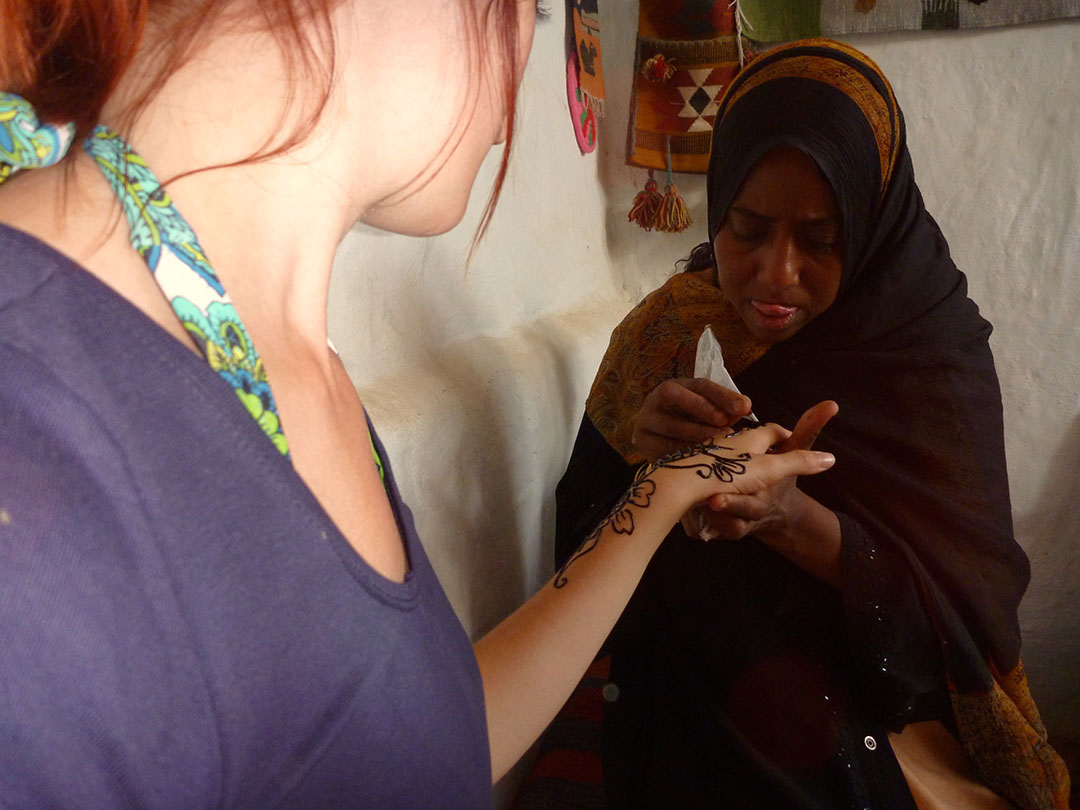 While sipping my tea and deciding on a henna design from a book the mother had shown me, I noticed another strange thing – the children’s toys… Now, in this part of town, there certainly wasn’t anywhere to buy your average teddy bear. Nope! These kids were happily carrying around stuffed wild animals! They were just everywhere! I couldn’t bring myself to ask any questions, the words just didn’t come. The family just acted so natural, so I went along with it. But seriously, check out the faces on these things! How terrifying! And yet, this is real life in Egypt. 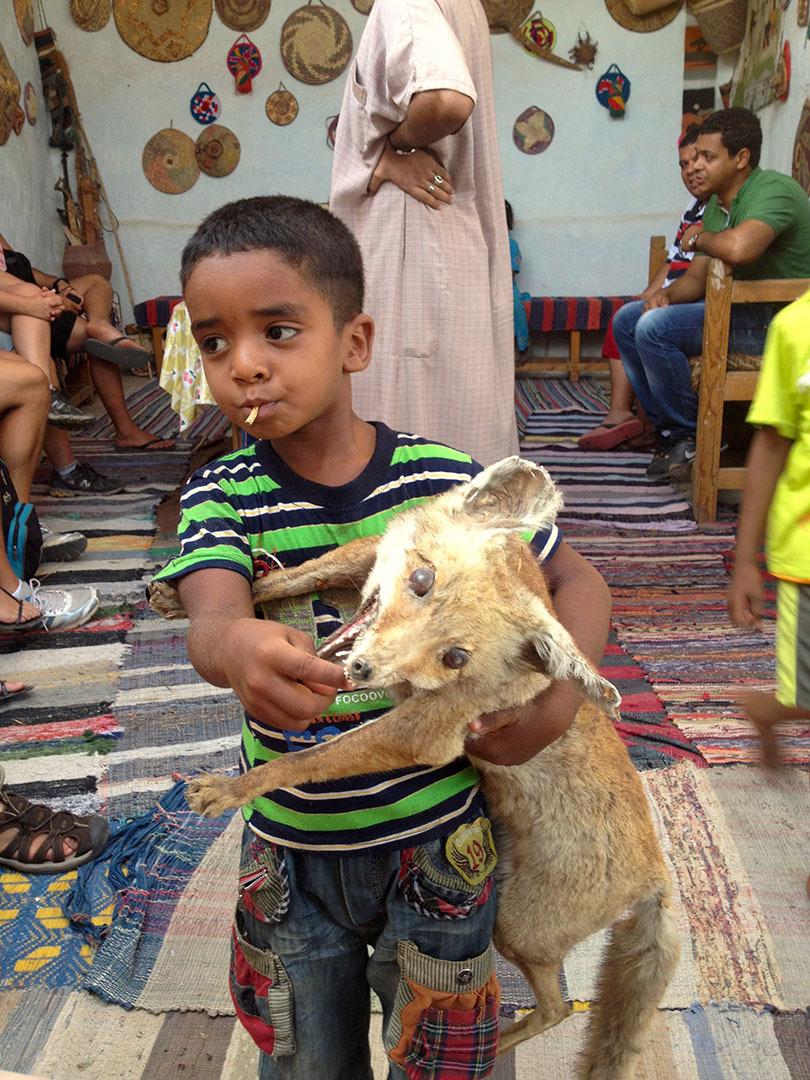 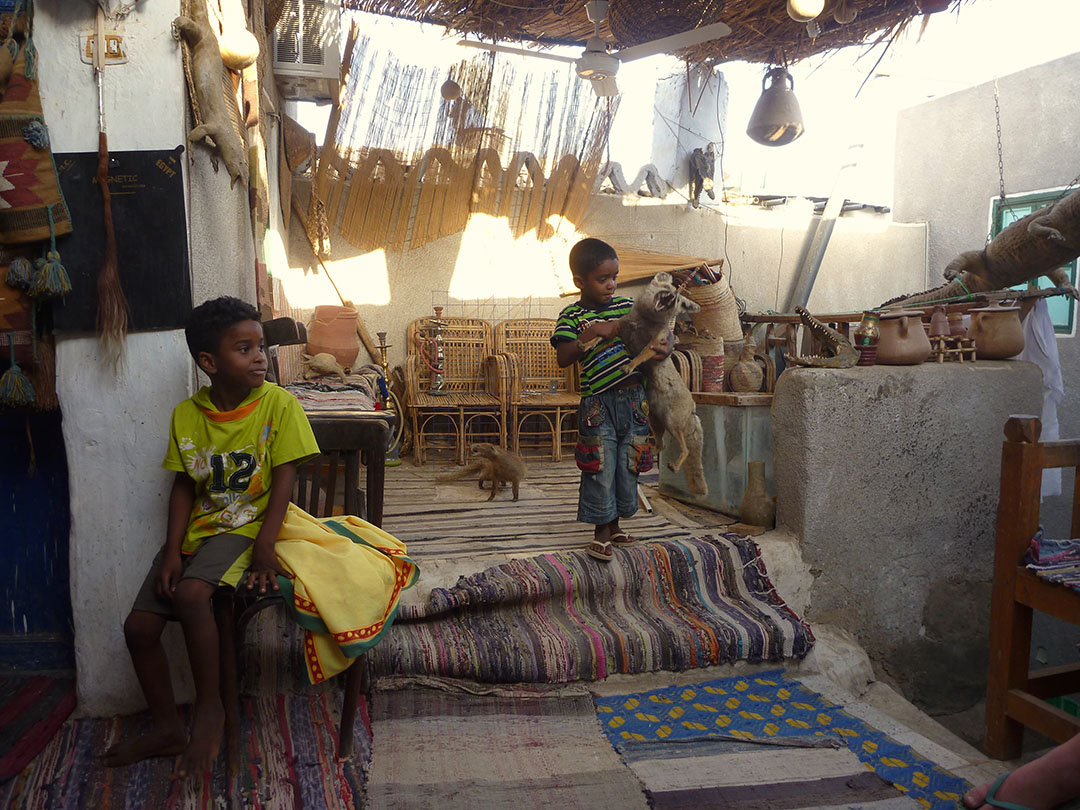 The children were very chatty and enjoyed showing us their toys and telling stories. When they asked if we wanted to see their pets, we assumed they meant the goats out the back, but there is no way we could have guessed what was going to come around the corner – baby crocodiles! Yes, that’s right, they have pet crocodiles. And when they start to get too big, they eat them. A couple of people in our group chose to hold the crocs, but I was quite happy to sit back and stare with my mouth open. 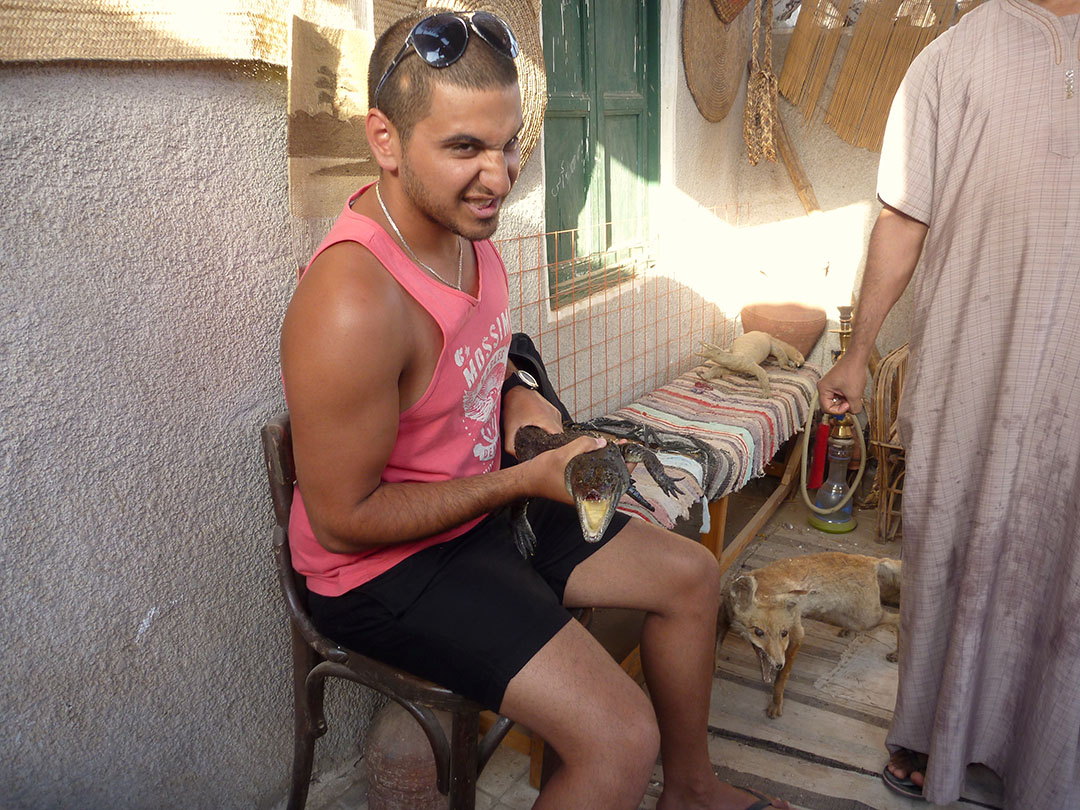 Looking around, it seemed easy to think that this family was not (what we would consider) well-off. They seemed to be of a lower socioeconomic group. There weren’t many possessions in their tiny house, there was certainly no TV, and there was only a bunch of mats for flooring! However, behind the thin coloured cloth that partially covered the bedroom doorway, was a dim glowing light. As I walked with one of the children through the room, I could now see that inside the bedroom was a MacBook Pro Laptop! What?! Here I was thinking that this family is scraping by with crazy fox-looking wild animals for toys, and eating their pets, and yet Apple has managed to make its presence known? I wasn’t even sure they had electricity when I first walked in the house!

So, our houses may look different, your toys may give me nightmares, and your pets might eat me. But in the end, what we all really want to do is check our Facebook notifications before we go to bed at night. So, maybe we’re not that different after all?

Have you ever experienced an odd culture shock while travelling? How did you react? 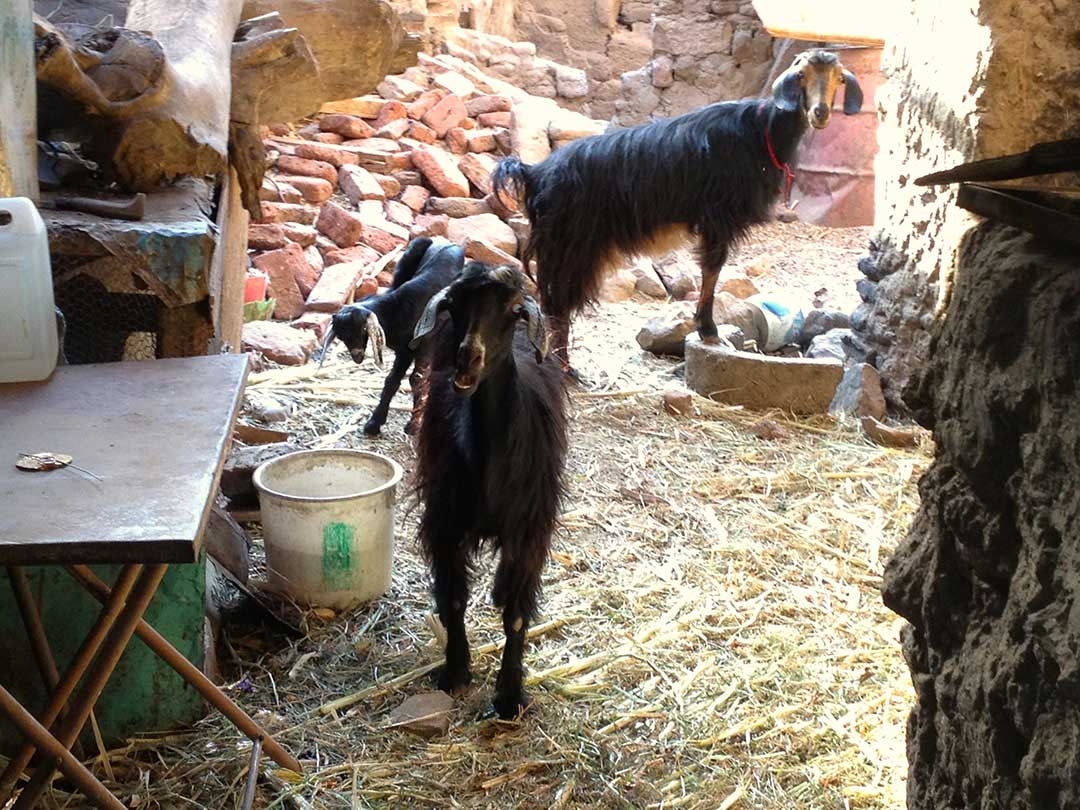 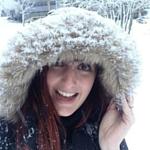